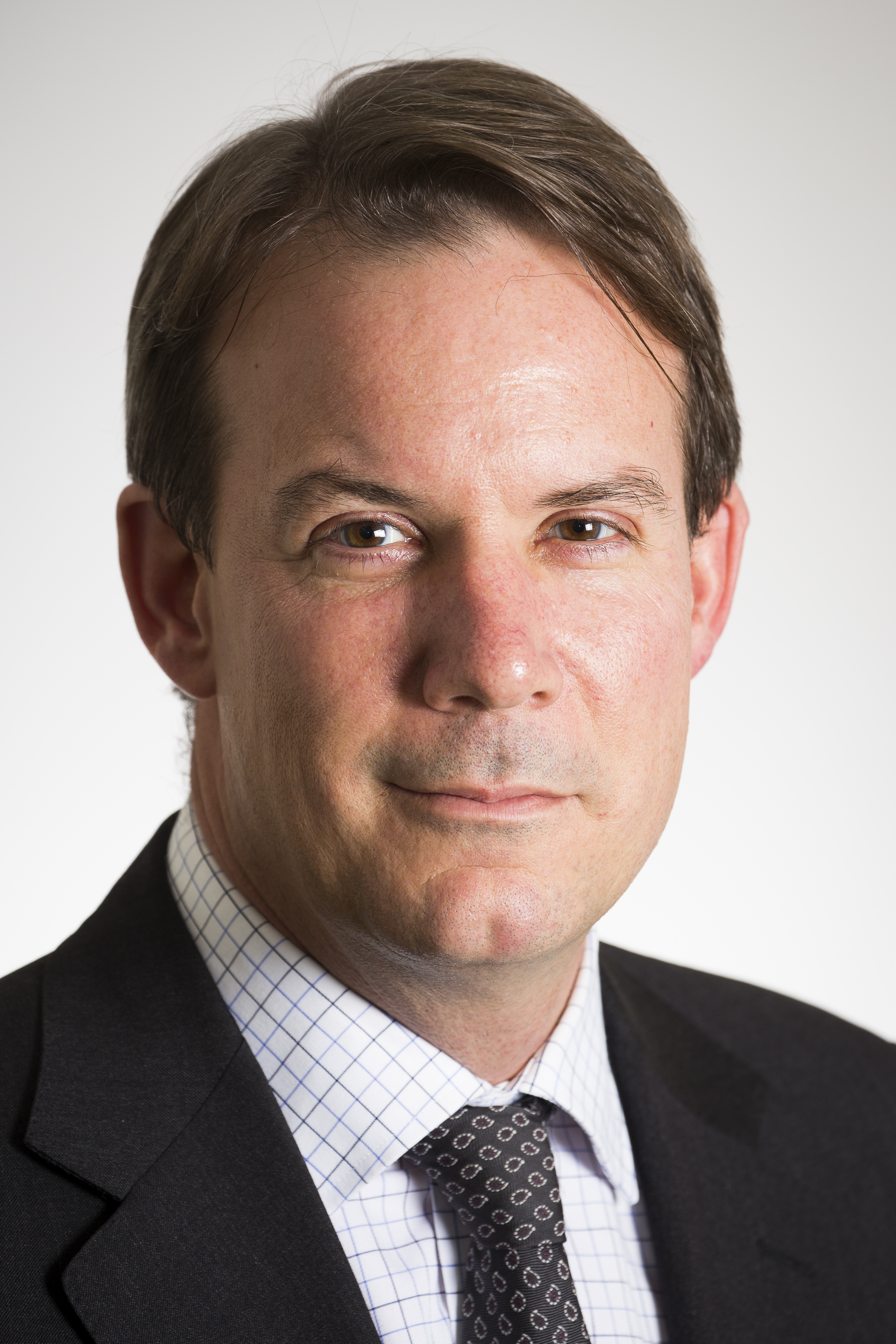 Chair: Trust Board, Finance and Compliance Committee and Remuneration Committee

Dominic was Managing Partner of Marakon Associates, a strategy consulting firm, where he worked for 15 years advising chief executives of publicly-traded companies in the UK, Europe, the US and Asia.

Since leaving Marakon he has worked as a chair, non executive director and advisor in the private, public and charity sectors, specialising in growth, turnaround and governance, mainly in healthcare and financial services.

Dominic was appointed chair of the trust from November 2019. He is also chair of The Royal Free London NHS Foundation Trust.

Elsewhere in the NHS, Dominic is a member of the national chairs’ advisory group for NHS England, NHS Improvement and the Care Quality Commission, a director of UCL Partners and a trustee of the health and social care think tank The King’s Fund. 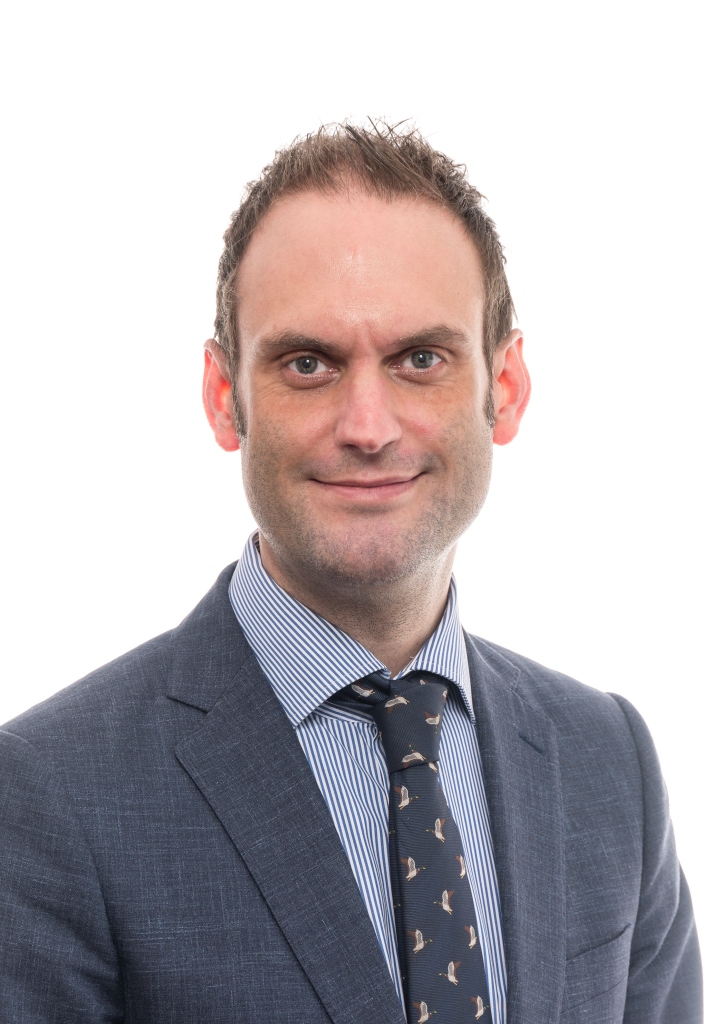 Paul has worked in a variety of nursing roles in both the North of England and London. His clinical background is in critical care and emergency nursing in addition to working as a Nurse Consultant with a focus on improving practice.

Paul's senior leadership roles have included being an Associate Director of Nursing at a large integrated foundation trust, where he took a particular lead on clinical standards and practice development issues before moving to London to be Deputy Chief Nurse at University College London Hospitals. Paul has experience of providing operational leadership in large specialist hospitals and has an interest in/expertise in nursing workforce issues, research, education, leadership and practice improvement.

Paul is a Virginia Mason Certified Leader and has first and higher degree's in nursing practice. He is a visiting professor in nursing leadership at London Southbank University. 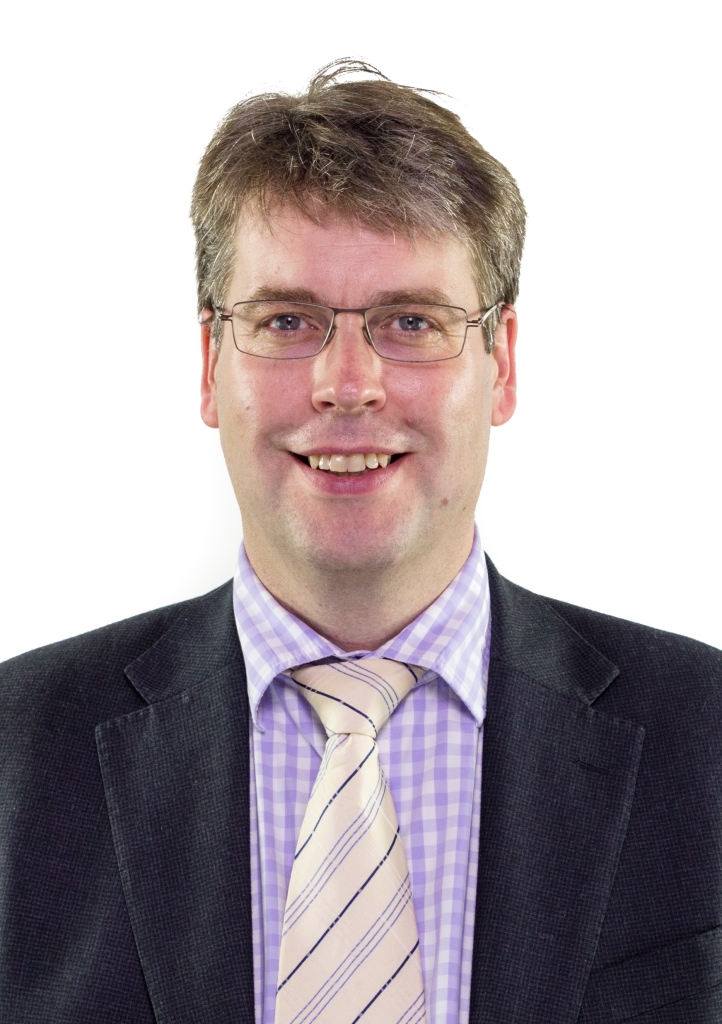 Rob has 26 years NHS Senior Management experience, including 13 years at Board level and ten years as Chief Executive of the Royal National Orthopaedic Hospital NHS Trust.

As Chief Executive, Rob led the turnaround of the RNOH from a "double weak" rated Trust (2008) to nine outstanding ratings from the CQC (2014). The internal culture and external engagement of the organisation has also been transformed.

In partnership with Professor Briggs, he established the "Getting it Right First Time" (GIRFT) Programme and is Joint Senior Responsible Officer for this National Programme. The GIRFT also has academic validation as a formal NIHR CLAHRC evaluation project and publication in BMC Health Services Research (and highly commended HSJ Award). He is also the provider Chief Executive sponsor of the North London Partners in Health and Care Adult Elective Orthopaedics Services review and the NHS Management Member of the National Joint Registry Steering Committee – a national audit programme commissioned by NHS England. 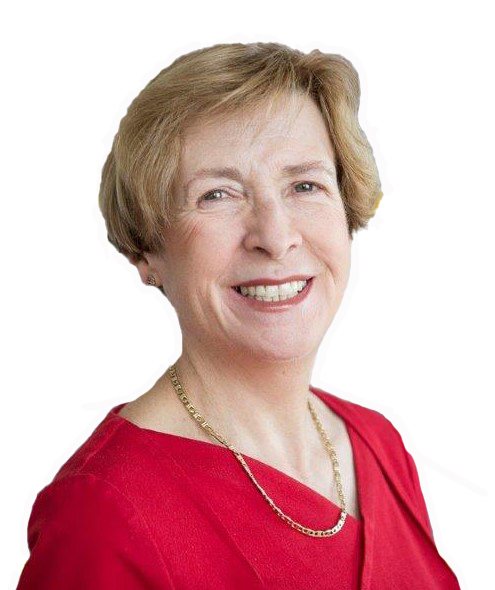 Jane started her career as a consultant paediatric neurologist at Guy's Hospital. She was appointed chief executive of both Great Ormond Street Hospital for Children and the Great Ormond Street Hospital Children's Charity in 2001. From 2012 until 2019 she was chief executive of Marie Curie. She chaired the London Clinical Senate Council between 2013 and 2018.

She is an honorary fellow of UCL and the UCL Institute of Child Health, a trustee of The King’s Fund and vice chair of University College Hospitals NHS Foundation Trust.

Doris has extensive human resources experience gained in a career at Ford Motor Company. Latterly she was Ford’s HR Director for Europe, the Middle East and Africa. Doris also led the African Ancestry Network at Ford and was named by Autocar as one of the top 100 most influential women in the Auto industry. 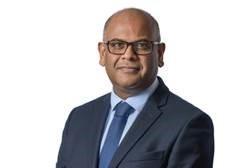 Outside of financial services, he has worked with Pilotlight, an award-winning charity to match skilled business leaders with charities and social enterprises across the UK. 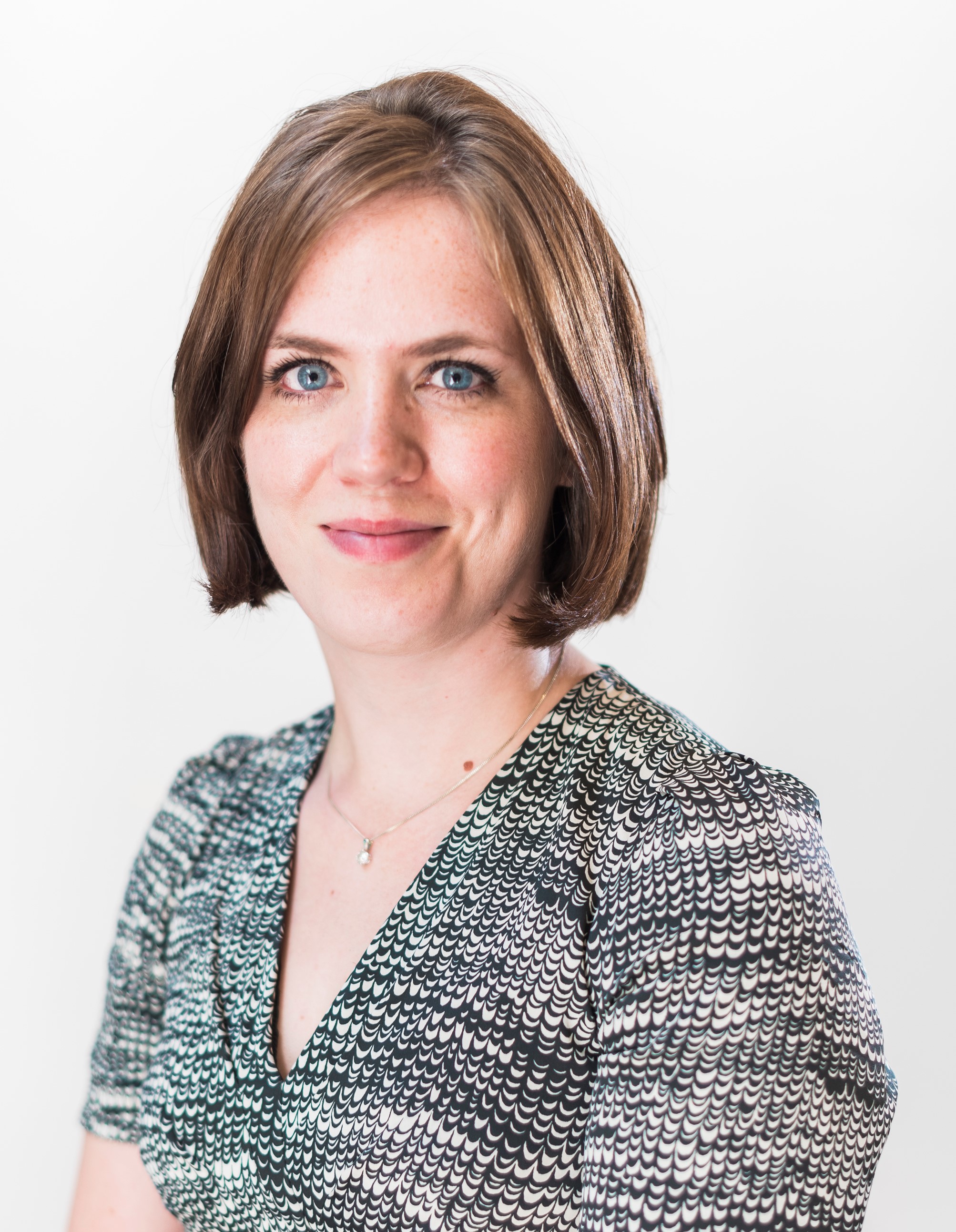 Currently Vice Dean (Health) in the UCL Faculty of Engineering Sciences, and also Director of the UCL Institute of Healthcare Engineering, which coordinates interdisciplinary research, innovation and education activities within healthcare engineering across UCL Engineering, the UCL School of Life and Medical Sciences, and the hospitals within the UCL Partners academic health system.

Her research interests lie in mathematical and computational modelling in medicine and biology, including cancer, tissue engineering and human physiology, and with a particular emphasis on multidisciplinary approaches which integrate data from biological experiments, imaging and clinical sources. She co-founded the UCL Centre for Nerve Engineering, which brings together physical, engineering, life and clinical scientists to tackle nerve injury repair, and includes extensive collaboration with the RNOH. 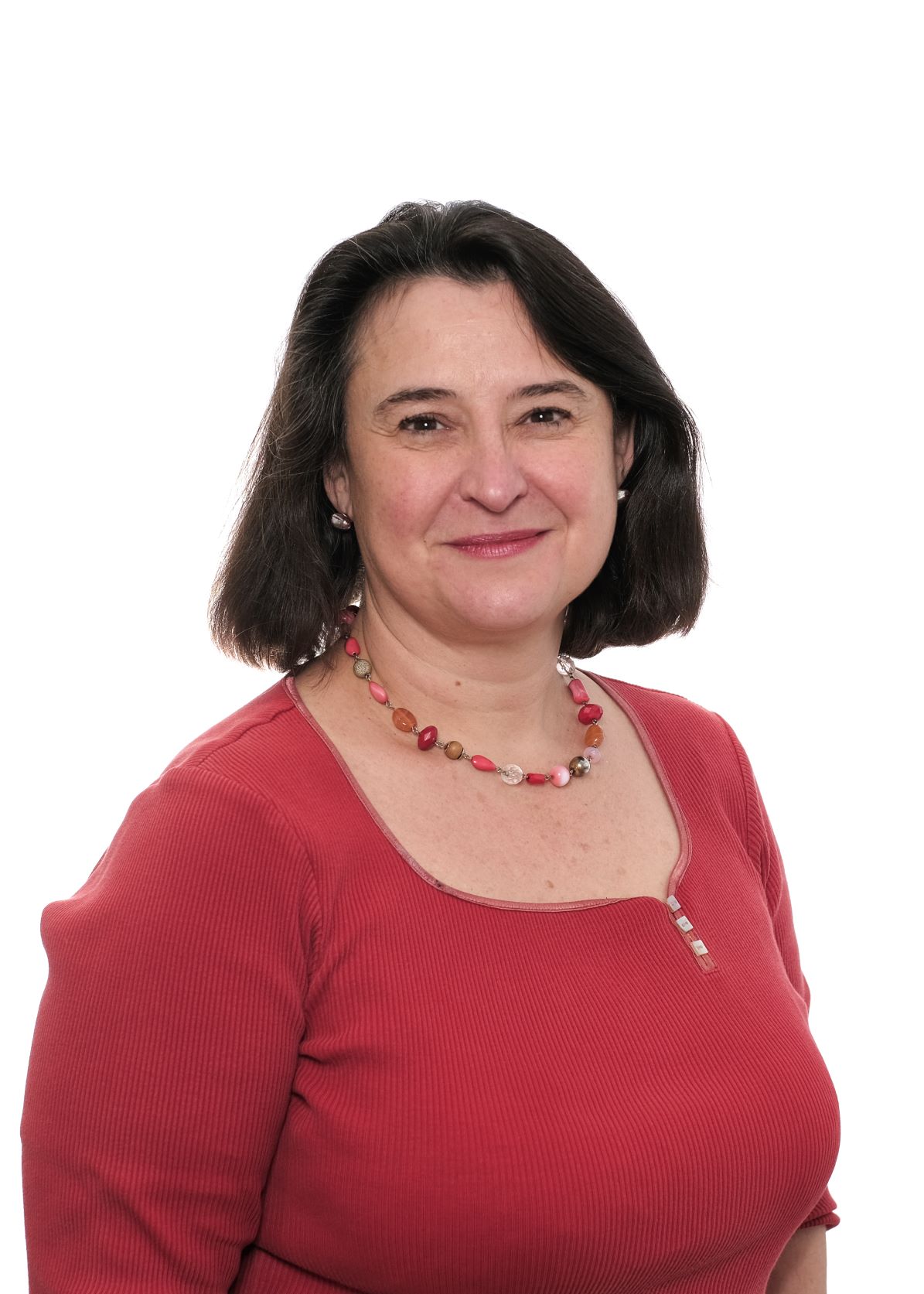 She has taken on a number of leadership roles during this time including Divisional Director of Surgery and Associated Services, Royal Free Hospitals London (2017-19), Chair of the Clinical Pathways Group in Surgery (2017-19), Lead Regional Advisor for the Royal College of Anaesthetists (2015-17) sitting on the editorial board for the Bulletin of the College as well as the Professional Standards and Revalidation Committees, NHS England Appraiser (2016-), Head of the Central London School of Anaesthetics (2013-17), Chair of the Training Programme Management Committee, UCLP (2013-17) and Executive Board Member of the London Academy of Anaesthesia, Health Education England (2010-17). 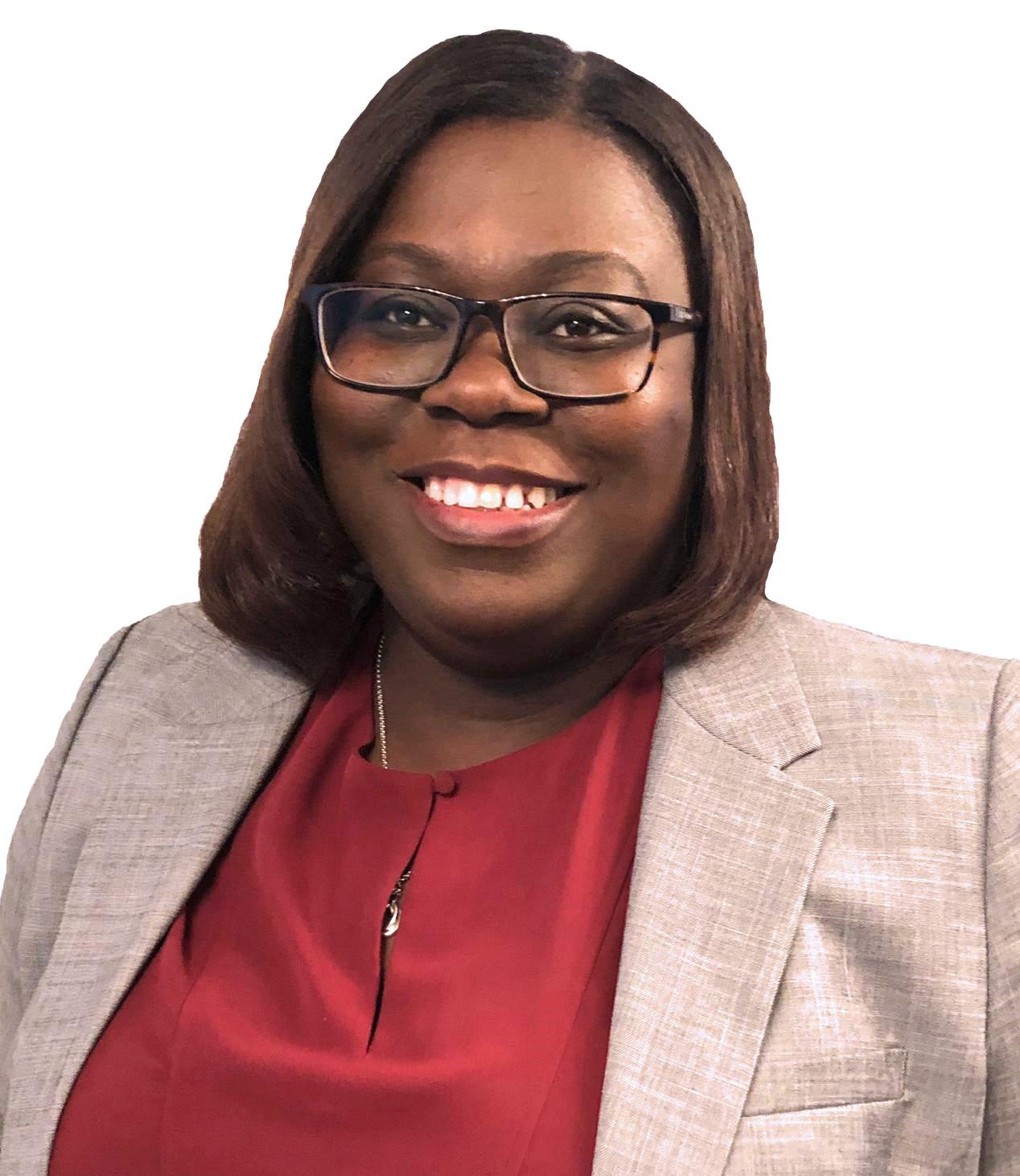 Member: Trust Board, Finance and Compliance Committee and Executive Committee

Attendance at the following Trust Board Committee: Audit Committee

Caroline started her career in the NHS on the NHS National Graduate Management Training Programme where she had exposure in working in the various sectors of the NHS including Mental Health, Primary Care and an Acute Hospital.

Following the Graduate scheme Caroline went on to work for Barking Havering and Redbridge University Hospitals Trust where she undertook various roles including being the Associate Director of Finance for Strategy, Planning and Service Line reporting.

Caroline then took a role with Lewisham and Greenwich NHS Trust in July 2015 where she worked until March 2020, undertaking various roles including the Deputy Director of Finance role. 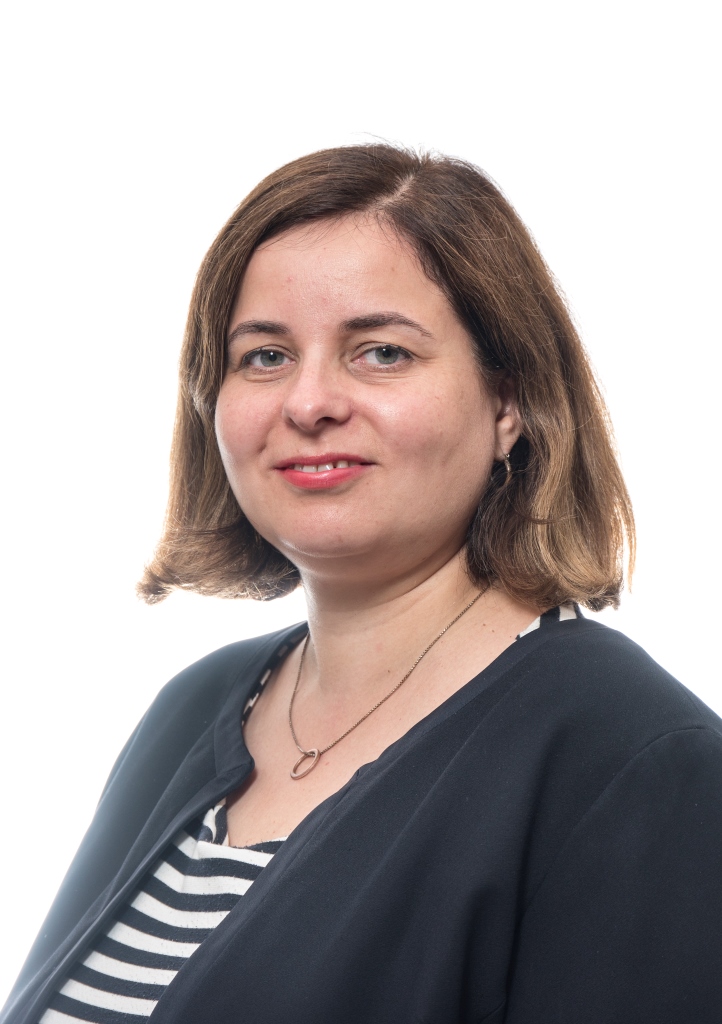 Other Roles: Trust lead for Decontamination

Lucy joined the NHS as a General Management Trainee, and then worked at Morriston Hospital NHS Trust in Swansea before moving to Milton Keynes General NHS Trust as a Services Manager.

In 1997 Lucy joined the Royal Brompton Hospital NHS Trust, firstly as a Directorate Manager of the Surgery Division, and as General Manager of the Division.

In 2010, she took on the Divisional General Manager role of the Heart and Critical Care division, reporting directly to the Chief Operating Officer and managing a budget of £92 million.

She was also the senior operational manager for the Harefield site, one of the two specialist hospitals within the Trust.

Lucy holds a first class BA honours degree in French and an MBA with distinction. 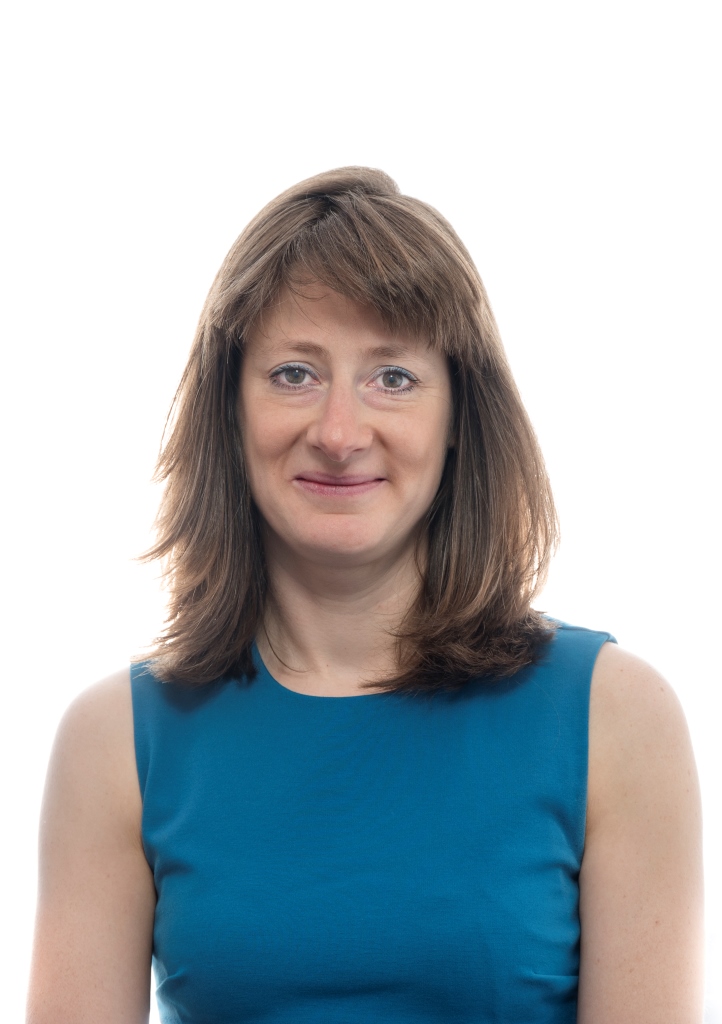 A qualified doctor who practiced as an anaesthetist, Dr Silver brings extensive experience of leading healthcare businesses on a national and global level.

Dr Silver qualified and practised as a doctor in London before moving her focus to the life sciences sector, taking new therapies through development to market in the fields of neuroscience, psychiatry and pain management. She has held strategic leadership positions in global companies including Eisai, Bristol-Myers Squibb, GE Healthcare and Brunswick, where she co-led the global healthcare practice.

Dr Silver’s recent positions have been operationally focused, as Speciality Operations Director for McKesson UK, combined with the role of General Manager for LloydsPharmacy Clinical Homecare. She also serves as the Senior Independent Director at Opiant Pharmaceuticals, a NASDAQ listed biopharmaceutical company, focused on developing drugs for addiction disorders. 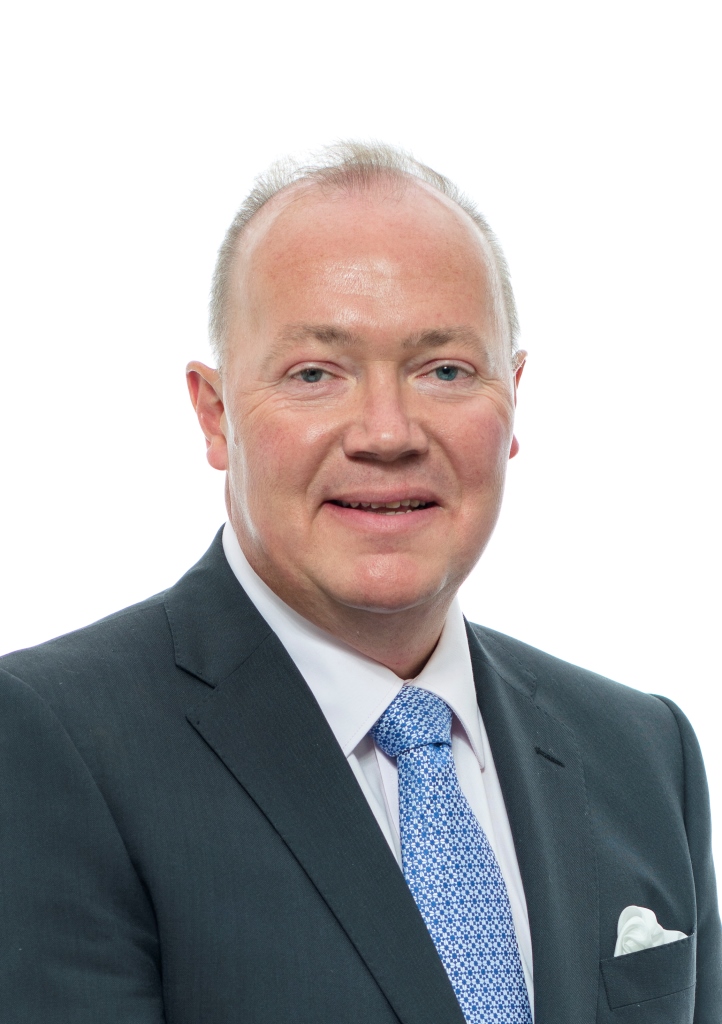 Director of Research and Innovation Centre

Attendance at the following: Executive Committee

Professor John Skinner has now been a Consultant at Stanmore since 1999, initially as Senior Lecturer in Orthopaedics at the UCL Institute of Musculoskeletal Science, with an Honorary Consultant Orthopaedic Surgeon contract at the RNOH since 2003.

He has collaborated and published with more than 200 co-authors worldwide and mentored and supervised several MD theses and supervised research projects for trainees, medical students and other researchers.

John has also contributed to work at the RNOH by taking various leadership roles, such as chairing the Infection Control Committee for 11 years and the Medical Staff Committee for five years.

Nationally, he chairs the Joint BOA –MHRA Expert Advisory Group on Metal Bearing Hips and has been President of the British Hip Society.

He is on the council of the British Orthopaedic Association and the Editorial Board of the Bone and Joint Journal. 2003: Joined the NHS. More than 20 years IT industry experience in both private and public sectors including development of ICT strategies, programme management, process transformation and solutions delivery.

October 2011: Appointed a Trustee of Aspire (Spinal Injury Charity) based at Stanmore, Middlesex.

2011: Role extended to include Workforce and Corporate Affairs and as a subsequence became a voting member of the Trust Board. 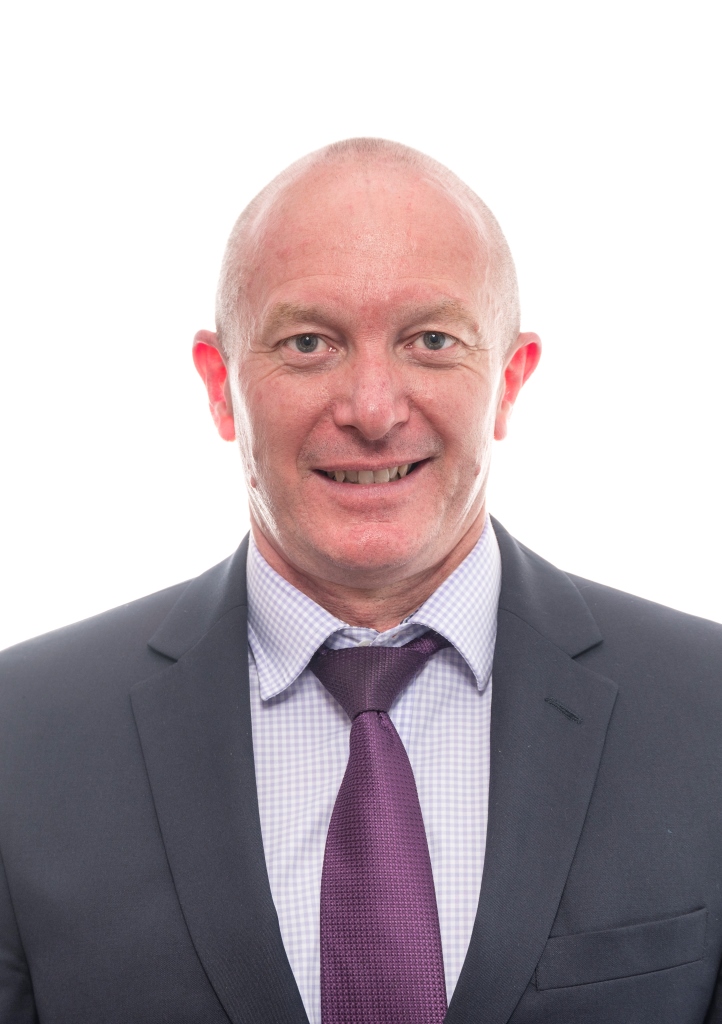 Director of Estate, Facilities and Redevelopment

25 years management experience in estates and facilities having worked both for the NHS and the Private Sector.

MSc in Planning Buildings for Healthcare.

Fellow of the Institute of Healthcare Engineering and Estate Management. 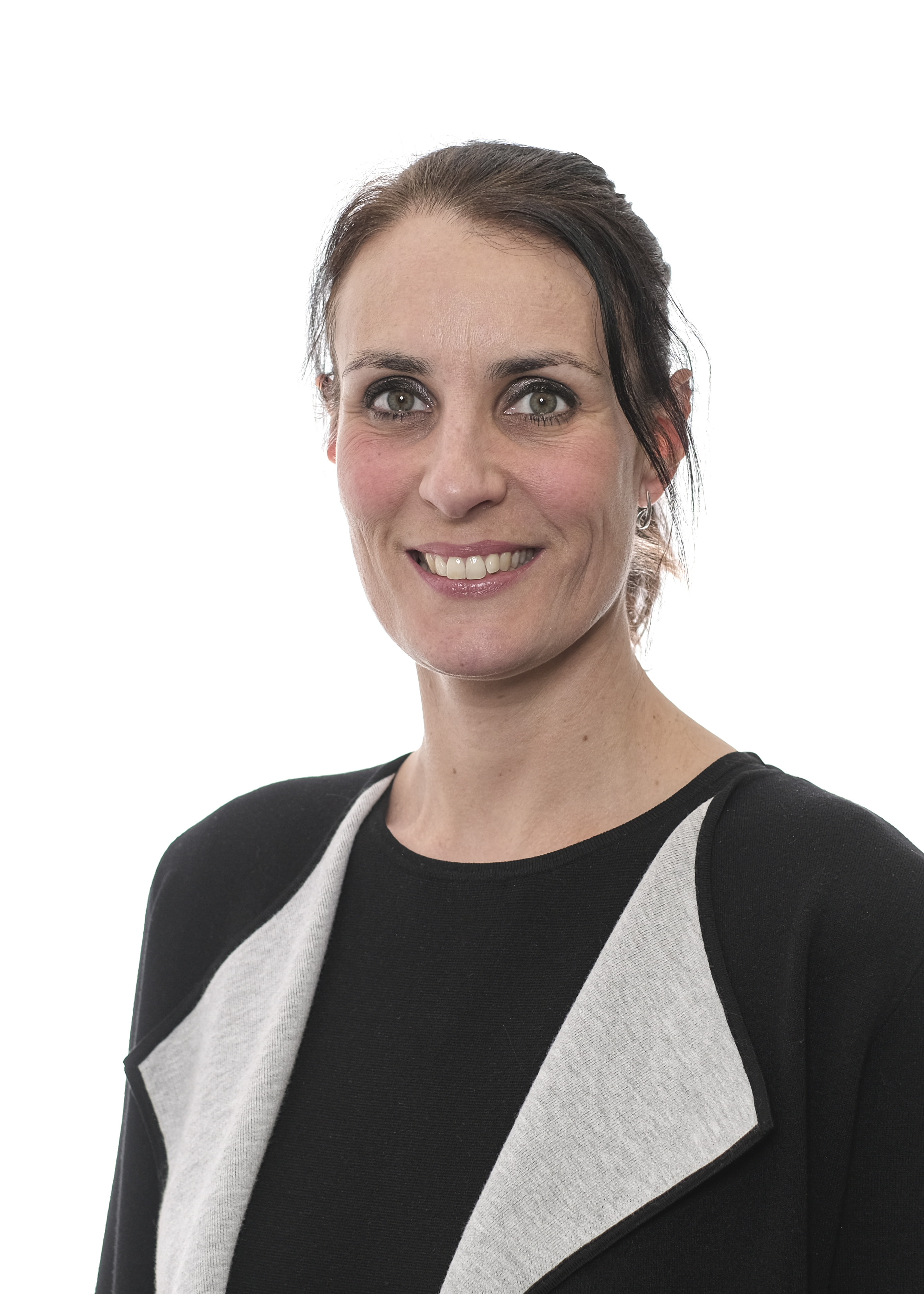 Attendance at the following: Remuneration Committee

Laura joined the NHS in 2002 as an HR Advisor at West Hertfordshire Hospitals NHS Trust, where she subsequently took on the role of Senior HR Manager and then Associate HR Director.  Laura became Deputy HR Director for West Hertfordshire Hospitals NHS Trust in 2014 and was responsible for the effective running of all operational HR services in the Trust.  In this post, Laura delivered a significant HR transformation programme, supporting the Trust to dramatically reduce its vacancy rate for nurses and move to become a top quartile Trust for staff experience, resulting in the Trust being awarded Best UK Employer by Nursing Times in 2019.

In January 2020, Laura joined the RNOH as the Director of Workforce and Organisational Development.  Laura holds a BA honours degree in English Literature from York University and is a qualified member of the CIPD (Chartered Institute of Personnel and Development). 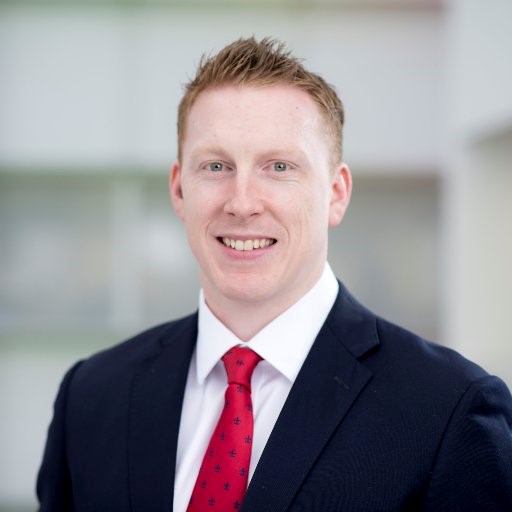 John joined the RNOH as Director of Allied Health in July 2019. John trained as a Physiotherapist at the university of Southampton before later completing his Master’s degree in Physiotherapy at Kings College London. John has worked in leadership roles in both the NHS and Independent sector. He has previously worked in clinical roles as St Georges Hospital, Imperial College NHS Trust, Ashford and St Peters NHS Trust and Frimley Park Foundation Trust. John is also a trustee of the Chartered Society of Physiotherapy Charitable Trust. 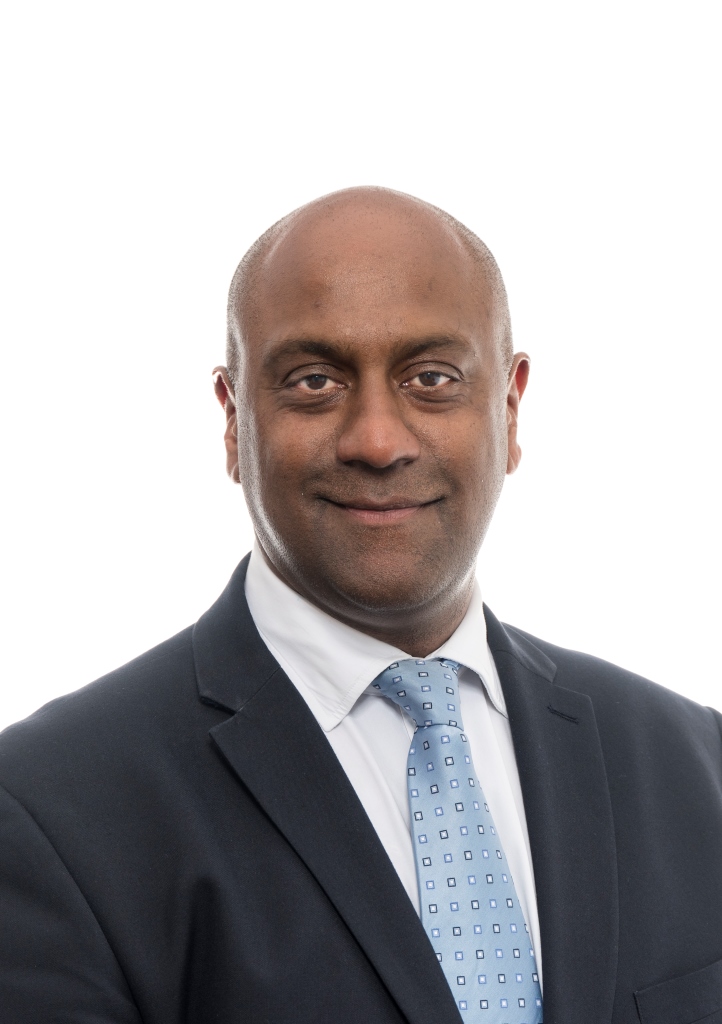 Daryl’s career experience has been gained from working in a wide variety of sectors including having worked for Government Executive Agencies, International Organisations, private sector businesses and a Professional Membership Body.

Daryl graduated from the Royal Holloway College, University of London with a degree in Economics and Public Administration, and also studied at the University of Geneva in Switzerland where he gained his MBA focusing on the management and governance of International Organisations.

Daryl is a Chartered Secretary (ICSA), Fellow of the Association of Chartered Certified Accountants (FCCA) and member of the Institute of Risk Management (MIRM).